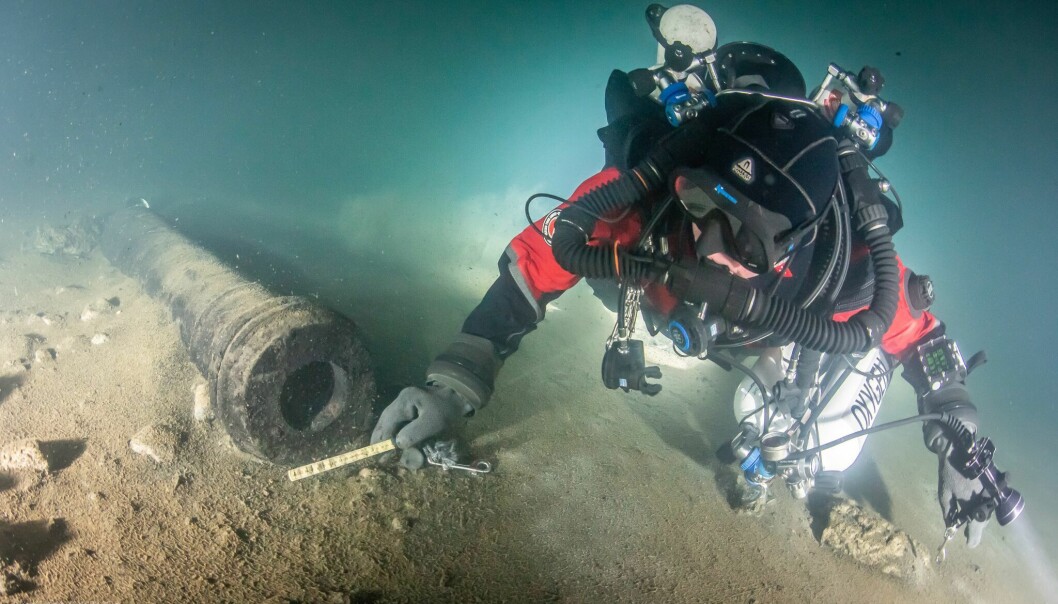 By Rebecca Martin - The Local

Swedish divers have uncovered what they believe to be the legendary Swedish warship Mars, lost in a sea battle with the Danish-Lübeckian navy in 1564, near the coast of the Baltic island of Öland.

“The ship is lying port-side up and the site is virtually littered with cannons," said diver Richard Lundgren to The Local.

Mars was one of the largest ships of its time with 107 guns and a crew of 800 men, both out-sizing and outgunning the famous warship Vasa, which has been on show in Stockholm since it was lifted from city's harbour in the 1960s.

Divers have been searching for the legendary Mars for decades. And on Friday it was announced that it might have been found.

“We certainly don’t know of any other ships sinking near those coordinates,” said Andreas Olsson, head archaeologist at the Royal Swedish Maritime museum (Sjöhistoriska muséet).

The shipwreck was discovered at a depth of 75 metres, near the northern promontory of the Baltic island of Öland off of Sweden's east coast. The wreckage is reportedly solid oak and the seabed is strewn with bronze cannons.

The Mars was the largest ship in the Baltic in its heyday and was sunk, only a year after its maiden voyage, during a sea battle with the Danish-Lübeckian navy in 1564.

After two days of ferocious fighting, Mars was hit by cannon fire and went up in smoke. In the ensuing kerfuffle the vessel went down and has been resting untouched in its watery grave for 447 years.

According to Olsson, everything is pointing to it being Mars that the divers have come across. However, archaeologists can’t be completely sure until they have examined the shipwreck.