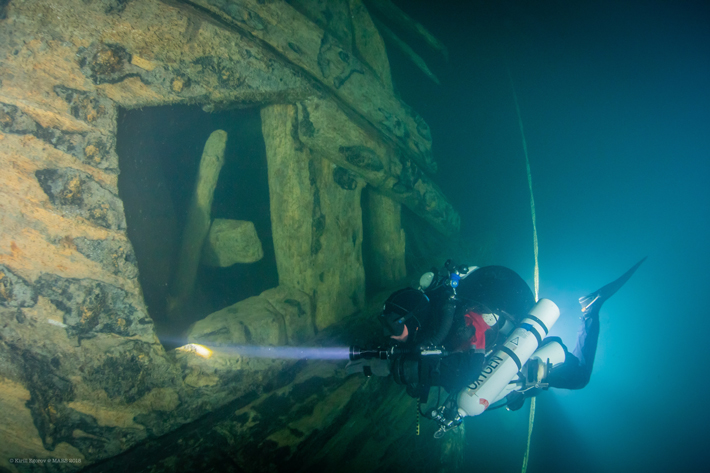 Divers have recovered a number of 16th century silver coins from the wreckage of the legendary Swedish warship Mars, which was discovered last year off the coast of the Baltic sea island of Öland.

"The coins are in excellent condition and of great historic interest, especially considering where they were found," the diving expedition organizers which found the wreck, Ocean Discovery/Deep Sea Productions, said in a statement, according to local news website Barometern.se.

According to the divers, the silver coins date from the time of Sweden's King Erik XIV, who ruled over Sweden between 1560 and 1568.

The mighty Mars was one of the largest ships of its time with 107 guns and a crew of 800 men, both out-sizing and outgunning the famous warship Vasa, which has been on show in Stockholm since it was lifted from city's harbour in the 1960s.

The search for the legendary Mars continued for decades until divers announced in August they had come across a wreck they were convinced was that of the legendary battleship.

The Mars was the largest ship in the Baltic in its heyday and was sunk, only a year after its maiden voyage, during a sea battle with the Danish-Lübeckian navy in 1564.

After two days of ferocious fighting, Mars was hit by cannon fire and went up in smoke. In the ensuing kerfuffle the vessel went down and has been resting untouched in its watery grave for 447 years.