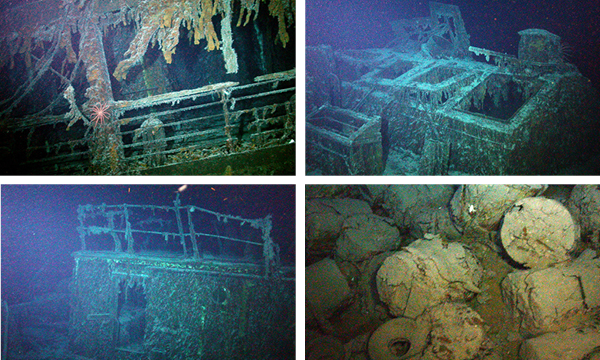 Sea explorers announced Monday the discovery of a new sunken treasure that they plan to retrieve from the bottom of the North Atlantic.

Off Ireland in 1917, a German torpedo sank the British steamship Mantola, sending the vessel and its cargo of an estimated 20 tons of silver to the seabed more than a mile down. At today’s prices, the metal would be worth about $18 million.

Odyssey Marine Exploration, based in Tampa, Fla., said it had visually confirmed the identity of the Mantola with a tethered robot last month during an expedition and had been contracted by the British Department for Transport (a successor to the Ministry of War Transport) to retrieve the lost riches.

In recent years, strapped governments have started looking to lost cargoes as a way to raise money. They do so because the latest generation of robots, lights, cameras and claws can withstand the deep sea’s crushing pressures and have opened up a new world of shipwreck recovery.

“A lot of new and interesting opportunities are presenting themselves,” said Greg Stemm, the chief executive of Odyssey. The new finding, he added, is the company’s second discovery of a deep-ocean wreck for the British government this year.

In such arrangements, private companies put their own money at risk in costly expeditions and split any profits. In this case, Odyssey is to get 80 percent of the silver’s value and the British government 20 percent. It plans to attempt the recovery in the spring, along with that of its previous find.

Last month, Odyssey announced its discovery of the British steamship Gairsoppa off Ireland and estimated its cargo at up to 240 tons of silver — a trove worth more than $200 million. The Gairsoppa was torpedoed in 1941.

Both ships had been owned by the British Indian Steam Navigation Company, and both were found by Odyssey during expeditions in the past few months. Odyssey said that the Mantola’s sinking in 1917 had prompted the British government to pay out an insurance claim on about 600,000 troy ounces of silver, or more than 20 tons.

Mr. Stemm said the Mantola’s silver should make “a great target for testing some new technology” of deep-sea retrieval.