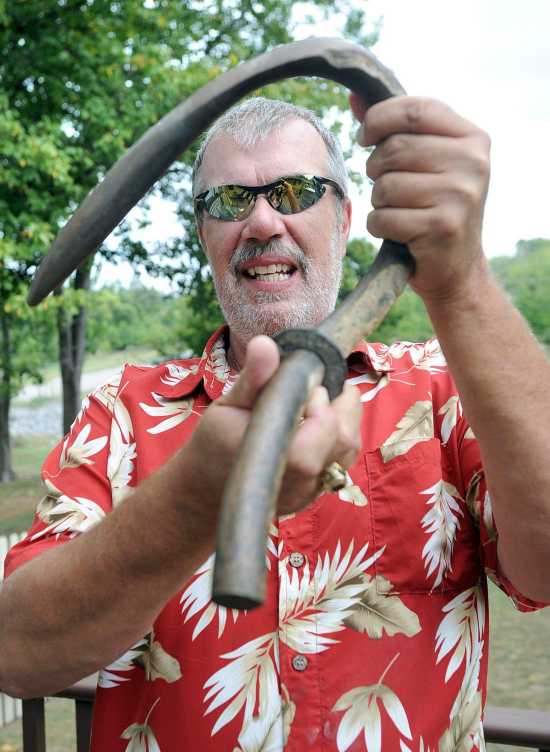 To some, diving for sunken treasure in the sea sounds like the stuff of mysterious novels or movies.

But to Randy Barnhouse, sunken treasure diving is a passion that he has pursued for nearly 30 years.

"I always liked swimming and being around lakes, rivers and streams," says Barnhouse. "In 1980, I decided to take scuba lessons from a local dive shop that was then located here in town.

I got my basic certification and then later my advanced certification, and that's [what eventually led me] to treasure diving."

Barnhouse goes treasure diving about once a year off the east coast of Florida.

"There was a fleet of Spanish ships that sank back in 1715 during a hurricane," says Barnhouse. "We know the location of about a half a dozen of those ships.

Some of the treasure [that those ships carried] has still not been found."

In 1985, Barnhouse was lucky enough to be involved in a dive that discovered the Spanish ship "Nuestra Señora De Atocha." It was the culmination of a 16-year search headed by Mel Fisher, whom Barnhouse calls "the undisputed king of sunken treasure."

"The Spaniards could never find that ship after it sank, so we really hit the mother lode when we found it," says Barnhouse. Thousands of emeralds, 150 pounds of gold and 50 tons of silver bars were found on that dive, along with a huge collection of gold chains, rings and crucifixes.

"We actually ended up lowering shopping carts down into the water with us to haul all of the treasure out," says Barnhouse.

Painstaking measures are taken to document everything found on treasure dives, according to Barnhouse.

"We take photographs and document things like the location of the item, how the artifact lies in relation to the wreckage and which ship wreck it came from," he explains.

"We treat each find as a time capsule. Otherwise, the historical integrity [of the artifacts] can be lost."