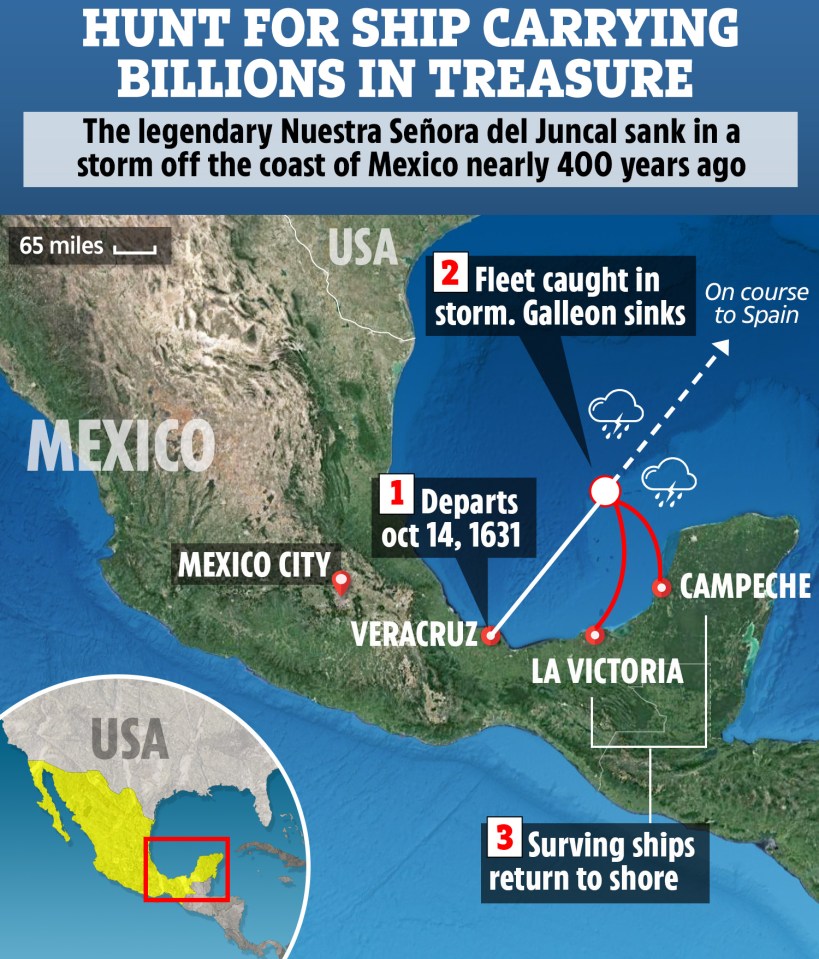 Mexico has denied a U.S. sea salvage company's request to explore and recover artifacts from a sunken 17th-century Spanish galleon in the Gulf, the government said Monday.

The ship in question, the galleon Our Lady of Juncal, was part of a fleet hit by a powerful storm in 1631 in "one of the greatest tragedies that has ever occurred in Mexican waters," according to Mexico's National Institute of Anthropology and History.

The proposal by Odyssey Marine Exploration Inc. of Tampa, Florida, "is not intended to conduct research and does not have the approval of archaeologists or an academic institution of recognized prestige," the Institute said.

It added that "treasure hunters have always had their eyes on" the wreck site.