Divers find gold in Holyhead, as wreck gives up ghosts 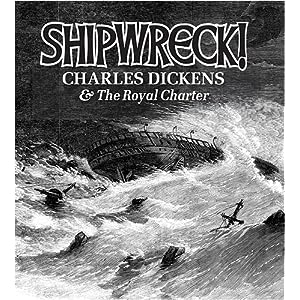 By Jasper Copping - The Independent

Treasure hunters have recovered gold from a Victorian shipwreck that sunk off Anglesey Island in Wales while returning laden with riches from the Australian gold rush.

For more than 150 years it has lain tantalisingly close to the shore. Now the ship that sank in a storm in 1859, claiming 450 lives, has given up its most precious secret: gold.

But this treasure trove is not in a distant tropical lagoon -- it is near the ferry port of Holyhead, in the remains of an iron-clad steam clipper called the Royal Charter.

A team of divers at the ship, which sunk off Anglesey while returning with riches from the Australian gold rush of the 1850s, has brought gold coins and nuggets to the surface and expects to find more.

The ship foundered on rocks just yards from the shore after a hurricane hit on the last leg of its journey from Melbourne to Liverpool in October 1859. On board were gold prospectors returning with their fortunes. By daybreak the ship had sunk and 450 passengers and crew, along with the gold, had been lost.

Vincent Thurkettle, a full-time gold panner who is leading the expedition, said: "We have got some gold dust, nuggets and coins as well as about 200 artefacts. And there is more gold down there."

The finds have all been reported to the Receiver of Wreck, who administers all shipwrecks. People connected to the passengers can claim ownership -- although claims are thought to be unlikely. The gold will then be returned to the team or sold to a museum, with a fee passed to the divers.

The treasure has yet to be valued and the team have declined to say how big their haul is. However, the value, particularly of the coins, will be inflated because of where they were found.

Mr Thurkettle said: "To have a coin from the Royal Charter will probably be worth double or treble what it would otherwise be worth."

His team of about 12 divers and gold panners have been visiting the wreck for the past seven summers, but only now have they agreed to reveal details. They estimate there's another two years' worth of exploring left.