Hunt on for explorer's lost plane 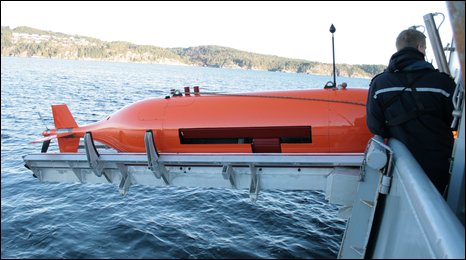 A Norwegian team is set to embark on an expedition to find the submerged wreck of a plane which carried Norway's great polar explorer Roald Amundsen.

Amundsen was aboard a Latham 47 flying boat when the aircraft disappeared over the sea on its way to the Arctic island of Spitsbergen in 1928.

Two ships will set sail from the Norwegian city of Tromso on Monday to begin the two-week expedition.

Underwater robotic vehicles will be used to scan for the plane using sonar.

Between 1910 and 1912, Amundsen led the first expedition to reach the South Pole, reaching the target some five weeks before his British rival Robert Scott.

On 18 June 1928, Amundsen joined a rescue operation to save another competitor, Umberto Nobile.

The Italian aviator had crashed his airship Italia on a return voyage from the North Pole. Nobile and his surviving crew members found themselves drifting helplessly on pack ice.

Amundsen boarded a Latham 47 flying boat along with a team of French Air Force pilots to try to reach them.

According to experts involved in the 2009 expedition, the Latham 47 should have been about 19 nautical miles south of Bear Island when the plane's last radio message was picked up at 1845 on 18 June.