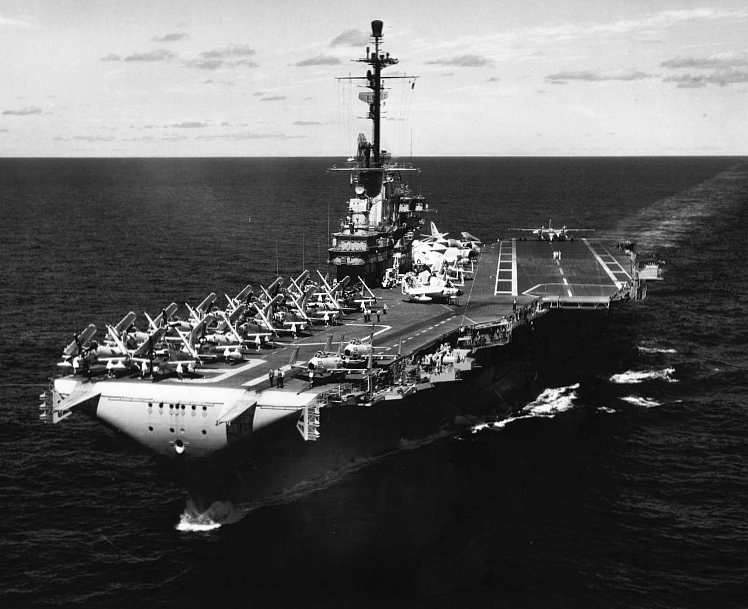 By David Ellery - The Camberra Times

Cecil Wiswell was just 17 and had been in the United States Navy less than a year when his first ship, the USS Lexington, was sunk 70 years ago today.

Mr Wiswell, who turns 88 in July, was in Canberra yesterday for the formal declaration of the USS Lexington, the USS Sims and the USS Neosho - all lost during the Battle of the Coral Sea - as "protected historic shipwrecks".

He was one of thousands of young sailors and airmen hailed as heroes by US ambassador Jeffrey Bleich for their service.

"We looked to these young men - and we asked them to put their lives on the line - to give the free world something to believe in," Mr Bleich said. "At that dark hour we desperately needed to stop Japan and the world needed hope."

Three other veterans of the battle, Australians Derek Holyoake and Gordon Johnson, and Harry Frey - who also served aboard USS Lexington - were at the ceremony at the Australian War Memorial.

The Lexington wreck is the last resting place for at least 111 of Mr Wiswell's shipmates.

Their sacrifice stopped a Japanese invasion force bound for Port Moresby and put paid to any plans the Japanese may have had to invade Australia. Another 419 men died aboard USS Sims, a destroyer, and USS Neosho, a replenishment vessel.

Mr Wiswell could not believe the behemoth he had only joined seven months before could sink.