Shipwreck site of St Paul may have been located 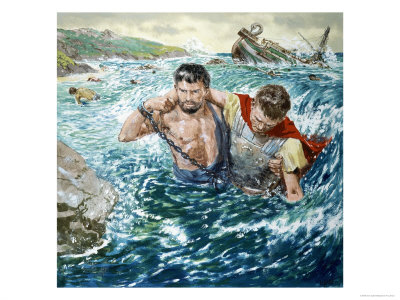 Wordsmith Media, Inc. have announced an agreement with Lou Reda Productions to produce a two-hour special on the Shipwreck of St Paul, based on the research of author and explorer Robert Cornuke.

The two companies finalized the details of a contract for the production and possible airing of a network series.

“I have been excited about this documentary for some time which will vividly display the findings of our research in Malta where we believe we have located the exact spot where the vessel carrying St Paul and some 270 people shipwrecked in the 1st century,” Cornuke noted.

As a former CSI investigator, Cornuke recreated in great detail the shipwreck account described in Acts chapters 27-28 of the Bible.

Scott L. Reda, Managing Director of Lou Reda Productions, stated, “We are happy to partner with Wordsmith Media on this very important and groundbreaking documentary which we believe will have a tremendous impact on a large international television audience.”

Lou Reda Productions is internationally recognized as one of America’s outstanding documentary filmmakers producing more than four hundred cable and network programs with numerous awards and recognitions including, The People’s Choice Award – Favourite New Mini-Series 1983 for The Blue and The Gray for CBS.

Reda has had 5 Emmy nominations, a Peabody Award and in 2009 produced the Emmy Award winning series WWII In HD for The History Channel.

Wordsmith Media, Inc. is a brand-driven company specializing in non-fiction, historical and cultural media, operating a global content network throughout the US and Europe for television broadcasting, DVDs, books, e-books, enhanced e-books and more traditional magazines.

Certain information contained in these materials is “forward-looking” information, such as projections, estimates, pro formas, or statements of intentions, expectations or plans.