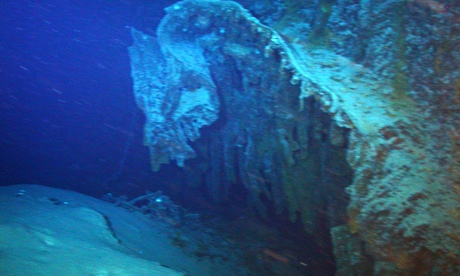 Britain's rich maritime legacy is under threat from commercial treasure hunters who are accused by experts of plundering and destroying the nation's underwater heritage.

A group of leading archaeologists and historians warn that unless the government intervenes to protect scores of historically significant wrecks lying beyond the country's territorial waters, sites including the graves of those lost at sea could be exploited and lost for good.

On Monday the group, which includes leading scholars from Oxford University and the British Museum, will call on the Foreign Office, the Ministry of Defence and the Department for Culture, Media and Sport to sign up to a United Nations treaty on protecting underwater remains.

The archaeologists want Britain to join 45 other nations in ratifying the 2001 Unesco convention on the protection of the underwater cultural heritage, a legal framework for protecting such sites.

In a briefing document to be presented to William Hague, the foreign secretary, they warn that unless it signs up to the treaty, Britain will be largely incapable of protecting wrecks lying beyond its waters.

The report argues that a number of threats including natural erosion, damage from fishing vessels and illegal looting mean that "simply being hidden in deep water no longer offers protection".

It warns that British law has no deterrent to people from taking objects from the seabed.

Britain's maritime influence once spanned the globe, and sunken ships are the last resting place of many of its seafarers. The Royal Navy alone lost at least 2,227 vessels between 1605 and 1918; some 1,373 in foreign waters.

These include HMS Aboukir, HMS Cressy and HMS Hogue, armoured cruisers which in September 1914 were patrolling off the Dutch coast when they were torpedoed by a U-boat, killing 1,459 men.

Cunliffe voiced alarm that wrecks are disturbed and damaged in the hunt for cannon and potentially lucrative cargoes: "They are disturbing them in a way that no respectable archaeologist would do."

He adds that many shipwrecks are at great depths, and the techniques are "rather crude and can be very destructive".