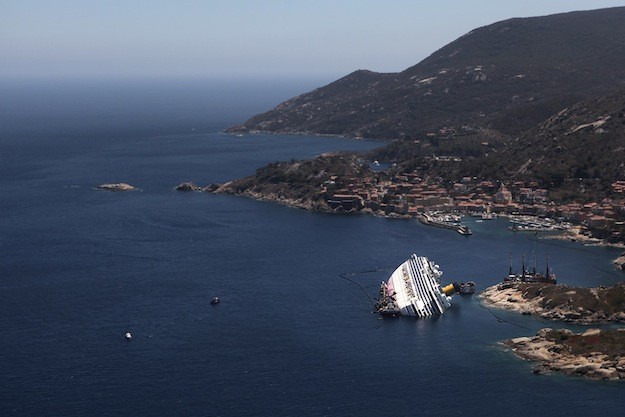 The wreck removal of the infamous Costa Concordia is going to take longer than expected, officials in Italy announced this week.

On Monday the Department of Civil Protection, which is the Italian government office overseeing the removal process, met with the salvage team who presented new detailed engineering design plans for the vessel’s removal, along with a new estimated timetable for job’s execution.

The new timeframe includes estimates that the Costa Concordia will be upright and floating by the end of spring 2013, ahead of Giglio’s next tourist season but months behind the original timeframe announced when the work began.

As gCaptain reported in April, the historic contract to remove the 114,500-ton cruise ship was awarded to a consortium involving U.S.-based Titan Salvage and Italy’s Micoperi after the pair submitted a winning proposal based on a set of strict parameters and guidelines that took into account heavy environmental concerns and Giglio’s tourism-based economy.

In May, the team revealed its salvage plan during a Rome press event with the estimate that the job will be fully completed within one year.

Wreck removal work began in June with a timetable that included uprighting the ship and delivery to an Italian port by the end of January 2013.