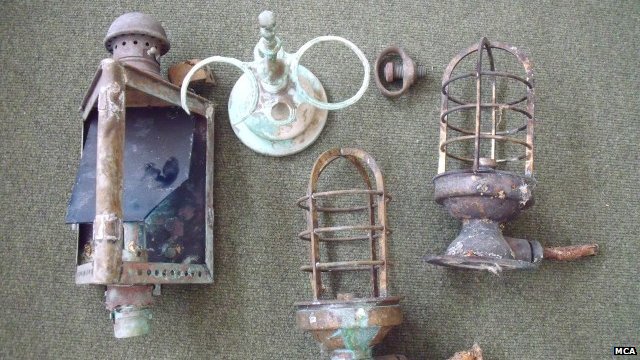 David Knight, 52, of Castle Road, Sandgate, and Edward Huzzey, 55, of Granville Parade, Sandgate, admitted to a total of 19 offences between them.

Bronze cannon and propellers from German submarines were among items taken from wrecks off the Kent coast.

The men appeared before Southampton Magistrates' Court where sentencing was adjourned to 2 July.

The Maritime and Coastguard Agency (MCA) said the offences were contrary to section 236 and section 237 of the Merchant Shipping Act 1995.