Last US Titanic survivor is dead 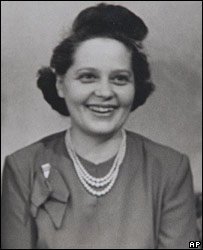 The last American survivor of the Titanic wreck has died in the state of Massachusetts aged 99.

Lillian Gertrud Asplund was five when the ship went down in the North Atlantic after hitting an iceberg. She was the last survivor of the tragedy with actual memories of the sinking on 15 April, 1912.

The two final Titanic survivors live in England but both women were infants when they were rescued and are said to have no memories of the terrible night.