The last great mystery of the SS Central America shipwreck 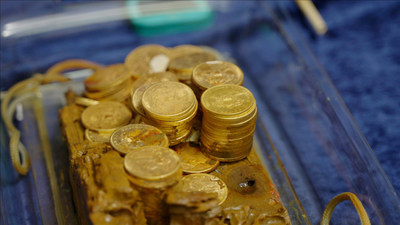 Six days later, the ship found itself in the grips of a Category 2 hurricane off the coast of the Carolinas.

After three days of struggling with high winds and waves, the ship's crew lost its battle with the storm and the Central America sank, resulting in the loss of more than 400 lives and more than 9 tons of gold.

For more than 130 years, treasure hunters dreamed of discovering the wreck of the SS Central America, which quickly became known as the "Ship of Gold." When the wreck was finally discovered in the late 1980s, the process of retrieving its treasure began.

Numismatic Guaranty Company™ (NGC®) is thrilled to reveal to the public the final mystery of the ship's recovered cargo — a box containing $20 gold coins from the height of the California Gold Rush, now certified, preserved and ready to be studied and appreciated by collectors around the world.