The shipwreck of the SS Pacific discovered off Washington coast 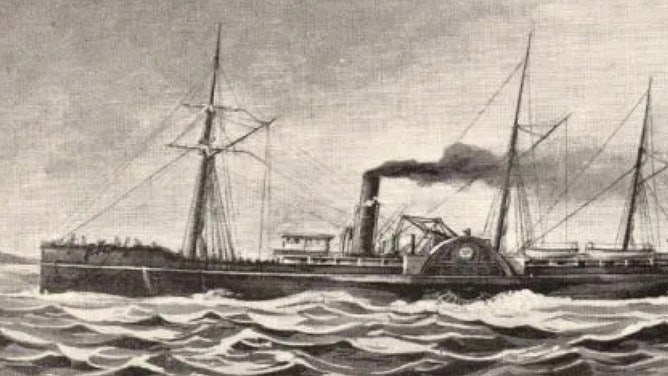 The crash and subsequent sinking of the S.S. Pacific in November 1875 predates Washington’s statehood. The crash – one of, if not the deadliest disaster off the Pacific Northwest coast – claimed more than 300 lives.

Miraculously, two people survived the wreck. Those survivors beat incredible odds. According to records, they clung to wreckage for more than a day before they were rescued. The lifeboats that were on the ship were inoperable; they had been filled with water to balance the ship, which used large paddle wheels powered by the steam engine.

Henry F. Jelly, one of the survivors, told the Daily British Colonist he was lying in bed when another ship collided with the Pacific. He recalled a terrifying tale of chaos as the ship was sinking with no one behind the ship’s wheel – passengers were crying, including a woman whose child had been killed during the panic of passengers trying to get off the ship.

While the overall death toll makes the Pacific’s sinking historical, its importance extends beyond the numbers.

The Pacific had left Olympia early in the morning of Nov. 4, made a number of stops and picked up several prominent and wealthy passengers.

There has long been belief that gold was aboard, giving the passengers – and those passengers’ connection to the Cassiar gold rush – a gold rush that led to more than a million dollars’ worth of gold coming out of the region in the 1870s, a part of history that’s often forgotten.