Japanese treasure found in the bay - 1946
by Pascal Kainic

The informant said that according to to Japanese army officers, the money was to be used "in the building up of a greater Japan after things had quietened down".

The ingots were located by Lieutenant E.V. North, a military government officer, who hails from Stamford Connecticut.

He added that the investigation showed that the girl's story came from a social club, composed of elderly Japanese small shopkeepers and businessmen.

"Finally" North said, "one of the social group told me that because the militarits had been the ruin of Japan, we didn't them to get hold of the huge supply of precious metals. He said that he trusted the Americans and would tell them the whereabouts of the labourer who had worked at dumping the ingots into the bay".

Lieutenant North eventually brought up the first ingot, which weighted 75 lbs. It was tentatively identified by the Bank of Japan as platinum.

"I stripped and went down about 6 feet of water, and there, in 3 feet or 4 feet of mud. I could feel two areas, each about 20 feet square, which seemed to be paved with these blocks" Nielsen said.

A spokesman for the social group told Nielsen that the labourer had come to the group in fear of his life.

They had hidden him, but on receiving an assurance from North that he would be protected, the workman was produced and told his story.

Late in July 1945, in company with other workers, he was  ordered to meet a group of officers near a Japanese maritime school. "We were told that we were to help unload some trucks," he said.

"These trucks were driven to the docks, where the covers were taken off. We were informed that the trucks were loaded with steel ingots which were to be disposed of."

"While we were lifting the heavy ingots and dumping them into the wate, one of my companions scratched the heavy paint with which the bars were covered and discovered it to be gold.

He started to tell some of the others about it and was overheard by one of the officers.

Were all the ingots salvaged then ?
No one knows beside the Lieutenant North and the Japanese labourer... If they are still alive ! 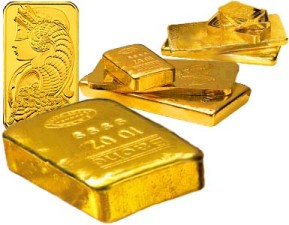