Torpedoing of the treasure liner Laconia

Torpedoing of a "treasure" ship : The Laconia

The British liner "Laconia", 18099 tons, captain Irvine, belonging to the Cunard Steamship Company of Liverpool, was retuning from New York to the United Kingdom, when she was torpedoed by the German submarine U-50, on 25th February 1917, at 9 pm., some 160 miles NW. by W. of the Fastnet, south of Porcupine Bank.

The "Laconia" had 292 persons on board, of whom 34 were first class and 41 second class passengers. Six passengers and six members of the crew were killed.

"The grand cruise liner was among more than 140 Allied vessels sunk by the Germans in the first two months of 1917, but the attack had ramifications far beyond the loss of 13 lives and its valuable cargo. Floyd Gibbons, a journalist on The Chicago Tribune, wrote: "The women got weaker and weaker, then waves came and washed them out of the boat. There were lifebelts on their bodies and they floated away, but I believe they were dead before they were washed overboard. The question being asked of the Americans on all sides is, 'Is it the casus belli ?'.

The article was used as evidence that Germany had committed an overt act of war against American citizens, and America joined the war five weeks after the sinking. The Independent - Battle for the treasure chest that changed the course of the Great War

Amongst her general cargo, was an astonishing large amount of silver bullion in bars and coins:

Since 1985, several salvage companies have thought of recovering this large silver treasure, but in November 2008, Odyssey Marine Exploration, a Florida-based company, went into action and turned the "Laconia" into the source of a new transatlantic power struggle. The wreck should lie in about 400 meters of water or 1.300 feet.

From the latest news, it is still there... 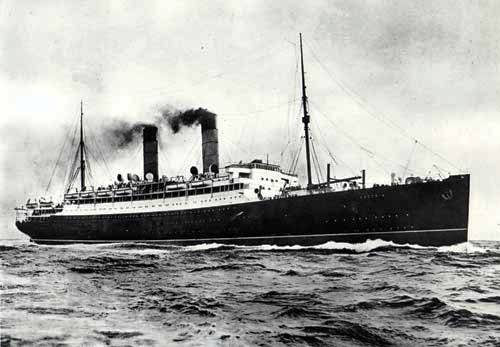 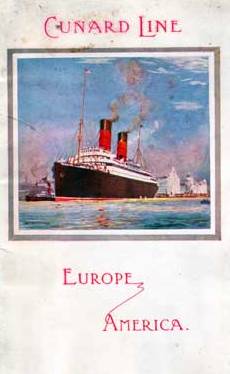 The liner "Laconia" from The Cunard Steamship Company