The loss of the Turkish steamer Silistria

The outrage on board the Turkish steamer Silistria

1859: The Ottoman steamer Silistria left Alexandria for Contantinople with 350 passengers Christians and Muslims on board. She sprung a leak and foundered only a few hours after she left port. 77 persons have perished and 273 have been saved by a small Egyptian transport the Reis Ibrahim, Going to Alexandria with a cargo of wood...

According to the intelligence direct from Alexandria, the shipwreck of the Turkish steamer must be attributed to the negligence and incapacity of its captain.

When the Egyptian transport came up to the Silistria the Muslims tried to save themselves first.

As for the captain, he was so intent upon pillaging sums of money and other valuables on board that he perished; victim of his crime.

The Mahometan passengers among whom was the famous Commissioner of Jeddah, Saïd  Pasha, rushed upon  the Christian passengers, and beat and robbed them. Saïd Pasha was the first who set the example of that frightful massacre, saving himself with his treasures.

Luckily for the Christians, there were among the passengers 28 Austrian seamen, who armed themselves with what first came to hand, and they defended the Christians until the last moment.

Nevertheless, the number of persons killed by the Muslims amounts to seventy seven, while the total number of passengers  was 350.

The Austrians were the last to get into the transport in the midst of a fearful massacre which continued for several hours, during which no one of course thought of taking away with him any of the provisions on board of the Silistria so, that another calamity, that of famine, threatened the passengers in the transport.

Providence took these poor creatures under its protection; a favorable breeze  blew during the whole voyage, and the transport reached Alexandria the day after the catastrophe.

An inquiry was immediately commenced, and the guilty parties will be condemned.

Among the last Saïd Pasha stands at the head of the list; but for his fanaticism and barbarous cruelty all the passengers would have been saved.

It is interesting to know how this inquiry will end, in which the consuls of all nations who had subjects on board the Silistria are taking part.

Among those passengers, two were Russians and both have been saved. What opinion can Europe have of the Turkish dignitaries, when one of the most eminent among them, who was recently charged with so important a mission as the inquiry into the massacre of the Christians at Jeddah, is now accused himself of having commited so horrible a crime ? 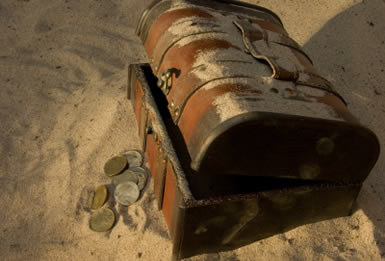