The news of the loss of the "Gambia", was received at Lloyd's yesterday morning. It appears from the report of the steamship "Ermina", which has just arrived at Madeira, that on the 18th of May 1877, the "Gambia", steamer of 1195 tons, from Glasgow, struck on a sunken rock three miles east-south-east of Cape Palmas, the south-western promontory of Liberia.

The ship rapidly filling with water, and being in immediate danger of sinking, the captain determined to beach her, which he did about a mile and a half east of Cape Palmas. The ship rapidly broke up, and together with the cargo became totally lost. The crew and passengers were saved, but the mail and specie were lost through the capsizing of one of the ship's boat, into which they had been placed.

The "Gambia", valued at about £ 42,000, had been built at Govan in 1875, was bound for Liverpool, Bonny, Lagos and other ports of the Gold and Ivory Coasts. Her cargo which was estimated at about £ 70,000, consisted of 1500 casks of palm oil, nearly 40 tons of ivory, a quantity of specie, grain etc... It is hoped that some of the casks of palm oil, which will float about will be picked up, but the depth of the water near the place of stranding varies from 15 to 70 fathoms, and there is consequently no hope of salvage of cargo that will not float.


From the Cape Advertizer - Sunken Treasure on the West Coast !

Another diving expedition is about to leave England to try and recover sunken treasure. This expedition, which has the recognition of Lloyd's is to proceed to the West Coast of Africa to attempt to recover several thousand pounds of specie, gold dust, ivory and other valuables which went down in the African steamer "Gambia". The valuables were placed in the in the steamer's mail-room and safe, and it is the belief of the promoters of the expedition that the safe is still intact, with the money etc... inside.

A  few years ago, a diver is reported to have recovered about £ 2,000 worth of ivory from the steamer, and also that he had reached the iron room and had nearly succeeded in entering it. The promoters have sanguine hopes that the expedition will be successful. The divers, apparatus etc... are to go out from England. 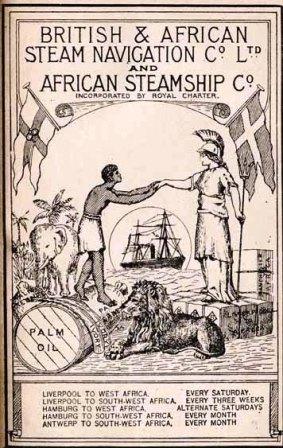