The dramatic collision of the Tai Ping
By Pascal Kainic

Position off Bonham lighthouse, near Wenchow, North of Chusan Island, requested  assistance. H.M.A.S. Warramunga advised she was going to assist... Have on board 32 males and 4 females, all Chinese, believe total survivors...

This was the laconic report of one of the most terrible marine disasters in Chinese waters, a tragic day before the festive Chinese New Year's Eve in 1949... And behind this wreck story was a biggest one, of more than  1,500 people fleeing their war-torn hometowns at the end of the Chinese Civil War.

In January 1949, when the Chinese Communist Party clearly had the upper hand in the Chinese Civil War against the Chinese Nationalist Party (KMT) regime, waves of Mainlanders were anxious to escape their war-torn hometowns and head for safety, with Taiwan being the most popular destination.

Among the migrants were more than 1,500 people who crowded onto the "Tai Ping", although only 508 tickets were sold for the journey. The ship successfully escaped attack by the Communists, but the safety measures also prevented other boats from seeing it.

Of the 74 crew members of the "Chien Yuan", only two were saved by a passing ship, according to reports in the local newspaper. The victims included military officials, a former provincial chairman, representatives of the National Assembly, bankers and jewelry merchants.

This was the "oriental" Titanic, 37 years later... Scant documentation yields different versions of the event that took place.

According to The "Tai Ping" Accident, written by the survivor Hsu Chi-hao and published in Shanghai by Ta Kung Pao on Feb. 27, 1949, the main reason for the tragedy is that the central bank had loaded too much silver and gold under the deck in the forward cabin, and the ship lost its balance when it collided with the "Chien Yuan".

In another account, written by Sheng Yuan-cheng in the Taiwan Shin Sheng Daily News on Feb. 7, 1949, the disaster occurred because both the "Tai Ping"  and "Chien Yuan" took the wrong route as a shortcut because of martial law.

Others put the blame on crew members' misconduct. The report "The Cause of the Accident" by Wang Gan-heng in the Shanghai Ta Kung Pao on Feb. 4, 1949, claimed that most crew members were drunk that night.

Lin Cheng-liang, a retired captain of the Evergreen Marine Corporation, refutes this claim. According to Lin, who lost two classmates in the shipwreck, the main cause was overloading and the stringent enforcement of martial law.

For the popular TV host Kevin Tsai, whose father, Tsai Tien-duo, owned the "Tai Ping", the shipwreck forced the wealthy family into bankruptcy.

Director John Woo will team up with the China Film Group for his upcoming tragic romance, Tai Ping Lun (previously known as: 1949).

The story for the film opens at the end of World War II, and is based on real-life events that took place during the final years of the Chinese Civil War. It will focus on the loves, lives and deaths of three pairs of lovers as they travel on an overloaded cruise liner from the Chinese Mainland to Taiwan. It will culminate with the ship’s catastrophic collision with a cargo ship on the night of Jan 27, 1949, which resulted in the deaths of around a thousand celebrities.

Taiwan-based film company Yashi Film, which is the copyright owner of the film's script, released an announcement alleging it could not reach an agreement with producer Terence Chang and his production team. Chang's lawyer has advised the company to cease negotiations, while a new director will be found to head the project, said the announcement. 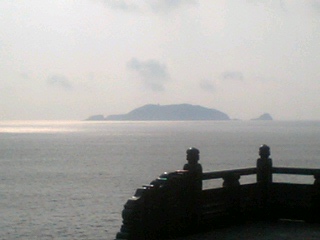 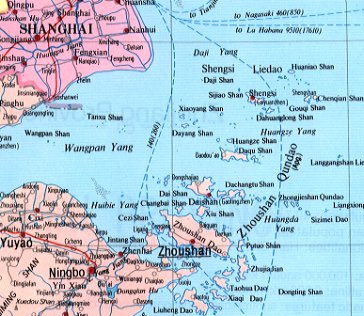