The loss of an East India trade P&O Company's steamer

Another P&O steamer lost: The Ava
From various printed source - by Pascal Kainic

The Peninsular & Oriental steam Navigation Company's steamship "Ava" was an iron screw barque of 1600 tons with one funnel, built on the Clyde for the China mail service, in 1855.

She was wrecked off Ceylon, about 12 miles from Trincomalee and 15 from Fort Frederick, on the 16 February 1858, on the way from Calcutta to Suez and while carrying women and children refugees from the Indian mutiny,

The "Ava" was lost on a sunken rock 2 or 3 feet under water, with the mails from Calcutta and Madras, a general cargo and passengers. The luggage, mails and most of the cargo are totally lost. £ 275,000 in gold and all the private journal of colonel Inglis, the Lucknow hero, went to the bottom in the steamer.

There were 500 boxes of treasure on board, but we are happy to say that most of it has been recovered, as well as some silk and indigo. The passengers were all safe, including Mrs. Inglis and other ladies from Lucknow.

Captain Kirton, before leaving Calcutta, had been ordered by his superintendant to land at Trincomalee about £ 5000 Government treasure. but for this order and the consequent deviation from the ordinary route, the course of the "Ava" would not have lain within fifty or sixty miles of Trincomalee or on the spot where she was subsequently lost...

Captain Kirton omitted to take proper precautions; instead of continuing the ship's course at full speed for two hours after the dark, he ought to have slackened speed, to have stopped the ship and hove the head. Had he adopted these proper  and prudent measures the calamity which followed would have been averted.

The Board of Trade in consequence directed that his certificate of competency shall be suspended for six months. Later, he became the company's agent at Colombo, in Australia and finally in Malta.

There is probably some gold left on the wreck... any candidate...? 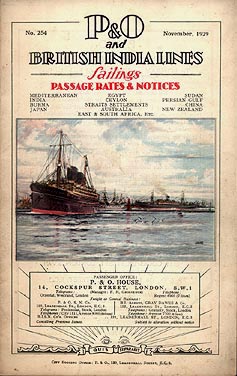