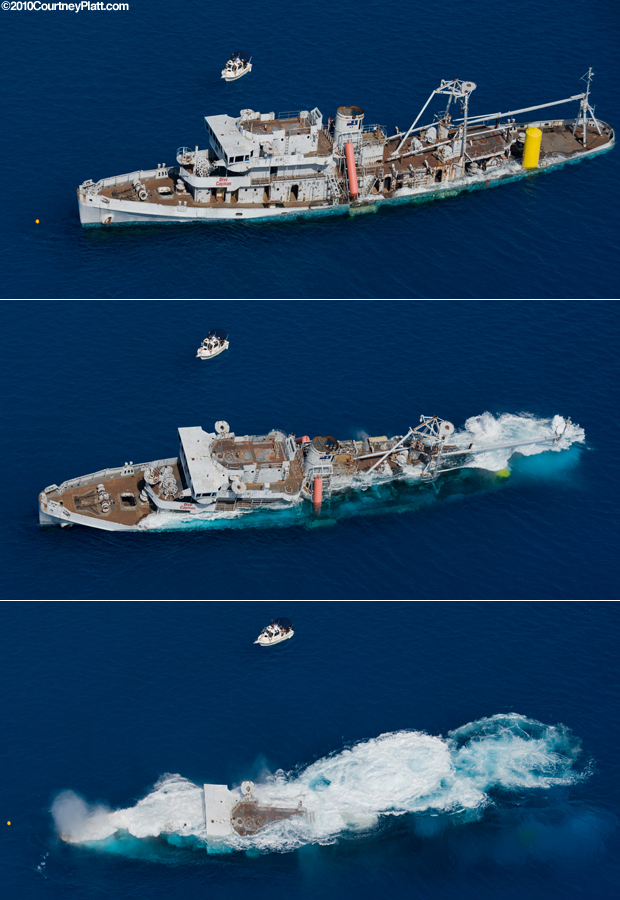 USS Kittiwake, a decommissioned US navy submarine rescue ship, has been intentionally sunk to create a scuba diving attraction.

Now lying on the ocean floor off the Cayman Islands, the 251-foot long, five-deck military ship, will become an artificial reef for divers to enjoy.

Officials say after acquiring the ship they cleaned it before flooding the rusty hull so it would sink upright and then punching holes into the hull and pumped in sea water.

This caused the Kittiwake to sink dramatically in a cascade of bubbles, but don't take our word for it.

The ship is now sitting under 60ft of water just off the coast of Grand Cayman Island and is quickly becoming home to curious creatures including stingrays, barracuda and various schools of smaller fish.

It is hoped Kittiwake Cayman will soon become a destination for divers who will be able to snorkel overhead and see the main decks and topography of the ship or explore rooms of the wreck.