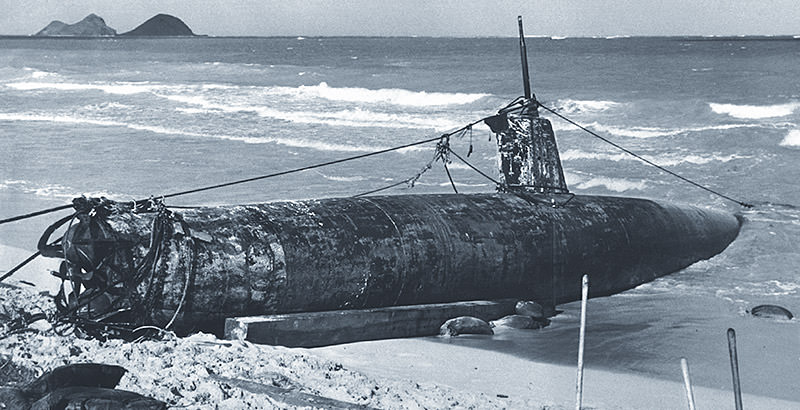 The remains of a Japanese mini-submarine that participated in the Dec. 7, 1941, attack on Pearl Harbor have been discovered, researchers are to report today, offering strong evidence that the sub fired its torpedoes at Battleship Row.

That could settle a long-standing argument among historians.

Five mini-subs were to participate in the strike, but four were scuttled, destroyed or run aground without being a factor in the attack.

The fate of the fifth has remained a mystery. But a variety of new evidence suggests that the fifth fired its two 800-pound torpedoes, most likely at the battleships West Virginia and Oklahoma, capsizing the latter.

A day later, researchers think, the mini-sub's crew scuttled it in nearby West Loch.

The loch was also the site of a 1944 disaster in which six tank landing ships preparing for the secret invasion of Saipan were destroyed in an ammunition explosion that killed 200 sailors and wounded hundreds more.