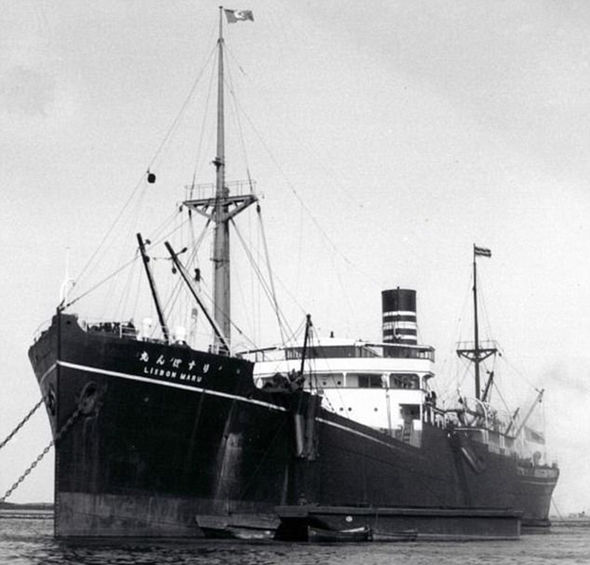 Some 1,800 British PoWs crammed into three cargo holds of the Lisbon Maru in 1942 but the vessel was shot down by Japanese guards, with the 7,000-tonne vessel sink to the bottom of the East China Sea.

Most scrambled to safety but in one hold, hundreds lost their chance for survival when their only escape ladder snapped. Now 64-year-old Chinese-American businessman Fang Li is searching for offspring and relatives of those that went down with the war wreck.

He said: "It’s time the hundreds of souls that have been detained for nearly 80 years go home. "They spent the last moments of their lives trying to break out, but after so many years, they remain incarcerated."

The businessman has been encouraged after relatives of those on board contacted him and expressed their wish that the remains be retrieved.

He first heard the story of the Lisbon Maru in 2013 when his studio, Laurel Films, was producing a film in the eastern Chinese archipelago of Zhoushan, and was told by a local fisherman that sunken Japanese boat was resting on the seabed.

The businessman began to research the tragedy, finding out it was transporting British soldiers to labour camps in Japan after the surrender of Hong Kong when a torpedo from a US submarine struck it on the morning of October 1.

Japanese guards placed wooden planks and a tarpaulin over the hatches of the holds in an attempt to prevent a revolt but the PoWs broke through and the guards opened fire. Mr Fang has commissioned underwater probes to take pictures of the sunken Lisbon Maru and is convinced he has located the vessel.