In Md., a sunken jewel lurks 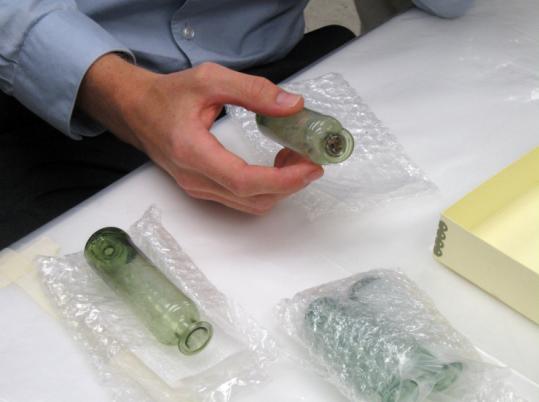 Aboard a pontoon boat chugging past the marshland of Maryland’s upper Patuxent River on a recent Saturday, Ralph Eshelman pointed to the spot where the muddy brown water hides a shipwreck nearly two centuries old, part of the American flotilla that defended the Chesapeake Bay when the British burned Washington during the War of 1812.

Nearly 30 years ago, Eshelman helped direct a team of marine researchers who discovered the wreck, one of the war’s most significant artifacts.

After a limited, month long excavation of the site east of Upper Marlboro in 1980, the wreck was reburied under 4 feet of mud and sediment to protect it from decay. The hope was that archaeologists with more funding could one day return to excavate the 75-foot vessel, tentatively identified as the Scorpion, flagship of Commodore Joshua Barney’s Chesapeake Flotilla. Now, supporters are hoping the time is ripe.

The Navy, which still owns the flotilla, is considering whether to excavate the site and possibly raise the vessel as part of its plans to commemorate the bicentennial of the War of 1812.

“It’s on the agenda to be discussed,’’ said Captain Patrick Burns, director of Navy commemorations, who is leading the Navy’s plans for remembering the war with a three-year series of events beginning in 2012.