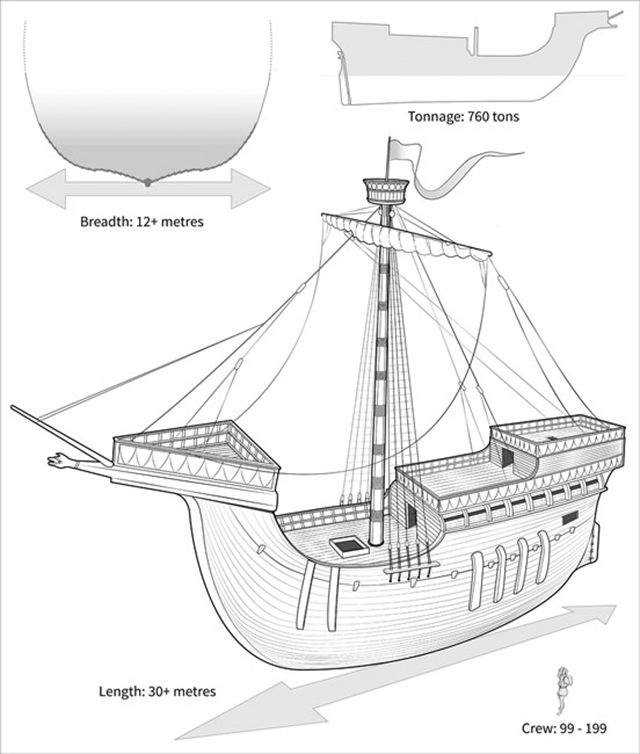 Historic England is taking steps to protect and investigate a shipwreck in Hampshire that is believed to be the second of four ‘great ships’ built for Henry V’s royal fleet.

Experts from Historic England believe the wreck that lies buried in mud in the River Hamble near Southampton, is the Holigost (Holy Ghost).

The Holigost was a major part of Henry V’s war machine, playing a key role in the two battles that broke French naval power and enabled Henry to conquer France in the early 15th century.

The Holigost joined the royal fleet on 17 November 1415 and took part in operations between 1416 and 1420, including two of the most significant naval battles of the Hundred Years War. It served as the flagship of the Duke of Bedford at the battle of Harfleur in 1416, suffering serious damage, and was in the thick of the fighting off the Chef de Caux in 1417.

It was rebuilt from a large Spanish ship called the Santa Clara that was captured in late 1413 or early 1414, then acquired by the English Crown.

The name of the ship is derived from Henry V’s personal devotion to the Holy Trinity.