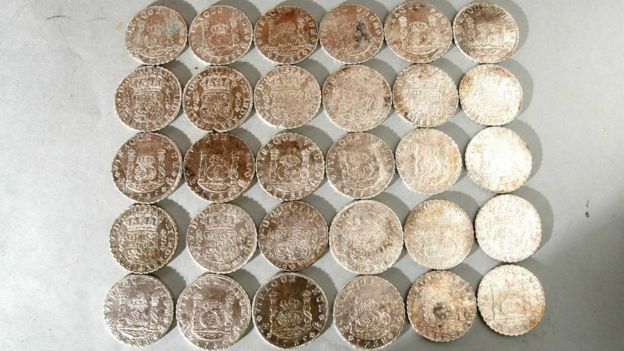 A ship excavation is expected to reveal a "treasure trove" of items and stories from Europe's global trading history.

An international team of maritime archaeologists are diving, excavating and recording the wreck of Dutch ship the Rooswijk off the Kent coast. All 300 shipmen died when the vessel, carrying coins and silver ingots, sank on Goodwin Sands in January 1740.

Never before have any of the Dutch East India Company's 250 wrecks been scientifically excavated on this scale.

Historic England manages the protected site and is working with the Dutch government, which owns the ship's remains. It is only now, after more than 250 years, that the sands have shifted enough to unveil the wreckage.

Some explorations were carried out last year and those finds are being showcased as part of the #Rooswijk1740 project, led and financed by the Cultural Heritage Agency of the Netherlands, with open days in Ramsgate between 19 August and 16 September.