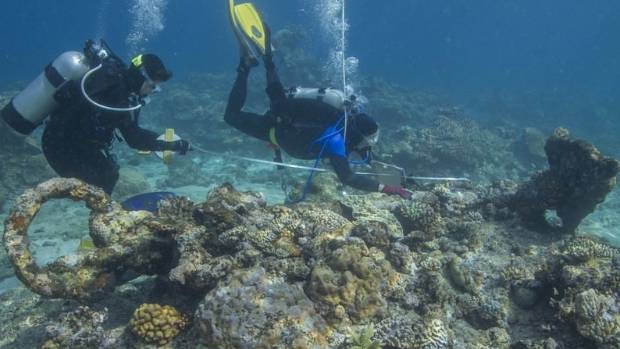 Four 19th-century shipwrecks have been discovered off Queensland's coast, but experts say identifying them will not be easy.

Archaeologists from the Australian National Maritime Museum uncovered the vessels at Kenn Reef, more than 500km off central Queensland. More than a dozen iron anchors, several copper-alloy fasteners and at least six cannons were found at depths up to 10m.

Dr James Hunter said it was an amazing feeling to set eyes on what remained of the ships more than 150 years after they went down, although identifying them would be no easy feat.

"This will take months of careful examination of the archaeological discoveries against historical records, including ship's logs and accounts of shipwrecks in newspapers from the period," he said.