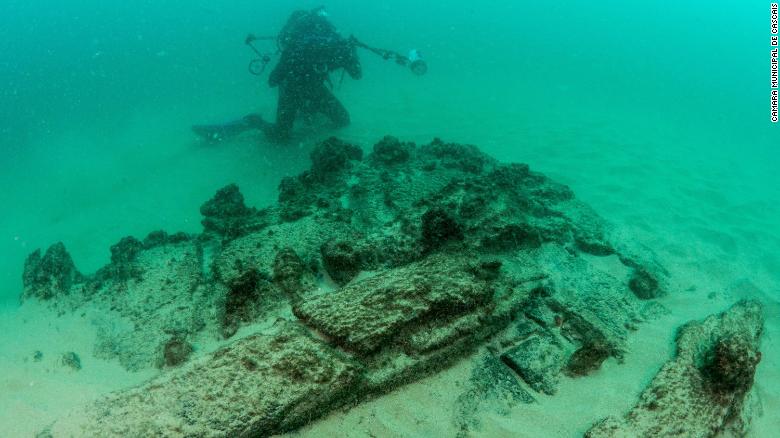 Aboard the ship, thought to have sunk between 1575 and 1625, divers found spices, including pepper; Chinese ceramics from the period; and cowries, a type of shell used as currency for the slave trade in some parts of Africa at the time.

The project's science director, Jorge Freire, called it the "discovery of the decade." "From a conservation perspective, both of the assets as of the ship itself, this discovery is of great patrimonial value," he said.

Also found were some of the ship's bronze cannons, engraved with the Portuguese coat of arms and the armillary sphere that are still featured in the Portuguese flag.

Judging by what's been found so far, the ship was probably coming into Lisbon from India, Freire said. The wreck was discovered September 3 as part of an underwater investigation project spearheaded by Cascais, a city near Lisbon, with help from Nova University of Lisbon, the Portuguese government and navy.

The ship was found just 40 feet (12 meters) below the surface.