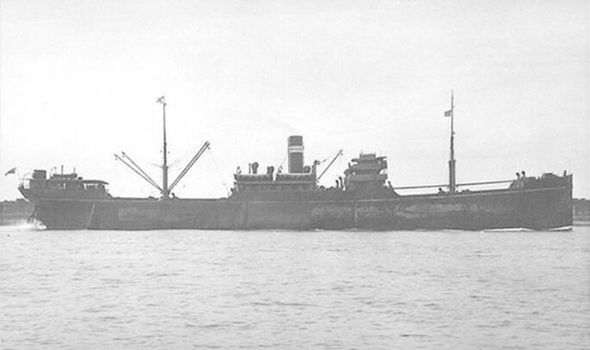 Deep sea exploration company Odyssey Marine Exploration said Tuesday that the recovery operation on two shipwrecks in the North Atlantic is being delayed because of bad weather and other commitments.

Shares of Odyssey fell 69 cents, or 18.7 percent, to $3 in afternoon trading on very heavy volume. That was a recovery from a low of $2.51 hit earlier in the session.

The company said the project is being delayed because of weather and because its Seabed Worker ship is committed to another charter.

Odyssey will resume work on the SS Gairsoppa and SS Mantola in the second quarter of 2013.

Odyssey said it has recovered about 1,200 silver bars from the Gairsoppa, which is worth about $44 million based on current silver prices. The company said the find will add $26 million to its net income in 2012.

The Gairsoppa sunk in 1941 after it was hit by a German U-boat about 300 miles off the coast of Ireland.

The wreck is more than 15,000 below the surface and Odyssey said earlier this year that it had already recovered 48 million tons of silver from the wreck, making it heaviest and deepest recovery of precious metals ever taken from a shipwreck.

Odyssey said has searched about 70 percent of the holds and compartments on the Gairsoppa that were suitable for transporting silver. It believes 1,600 bars and other uninsured silver are still in the shipwreck and expects to finish its operation in 30 to 45 days after work resumes.

The company found the wreck of the Mantola while searching for the Gairsoppa, and said it has tested ship and equipment capabilities on the Mantola.

It will resume those operations after work on the Gairsoppa ends. The Mantola sank in 1917 after it was torpedoed by a German submarine. The wrecks of the Gairsoppa and Mantola are about 100 miles apart.

Odyssey shares have traded between $2.11 and $4.36 in the past 52 weeks. Tuesday's volume of more than 3.8 million shares was more than six times normal trading volume.