Retrieving the other coins from the Odyssey shipwreck 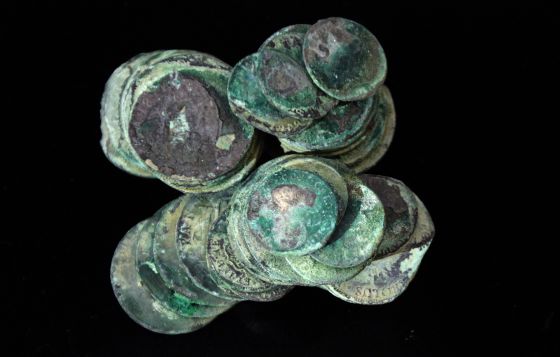 The last court battle over the Odyssey case was, comparatively, a minor skirmish, and it went mostly unnoticed.

Last October, the US-based treasure hunter paid the Spanish state $1 million (€717,000), according to the annual report that Odyssey Marine Exploration filed with the Securities and Exchange Commission in Wall Street.

In September 2001, after a protracted international legal battle, a US appeals court ruled that Odyssey had to return the 594,000 silver and gold coins it took in 2007 from a 19th-century Spanish shipwreck because the property is protected, among other things, by a 1902 US treaty that Washington signed with Madrid.

Once the case of the Nuestra Señora de las Mercedes was resolved, Spain claimed $3.2 million (€2.3 million) in legal expenses from Odyssey.

In September 2013, the Florida court ordered the treasure hunter to pay a third of that ($1.07 million, or €767,000). The Culture Minister on Tuesday confirmed that the money had been transferred to the Spanish treasury.

The case drew a huge amount of attention to the need to protect Spain’s underwater heritage.

But not everyone was so optimistic. The writer Arturo Pérez-Reverte, author of the Alatriste series and one of the guest speakers, said that the Mercedes victory was an isolated case.

“It could happen again tomorrow.

The minister cannot go and get his picture taken underwater next to the sunken ship, and there are no votes to be won from it. Until a Spanish child knows who Jorge Juan or Blas de Lezo were, nothing will change,” complained Pérez-Reverte, who was very critical of “the notable lack of culture among our political class.”

But the Defense and Culture ministries are preparing to familiarize Spaniards with the story of La Mercedes, a frigate that was sunk by an English ship on October 5, 1804 off the Portuguese coast of the Algarve, and forgotten about until two centuries later, when the Odyssey US marine exploration company found the wreck and extracted its valuable load of gold and silver coins.