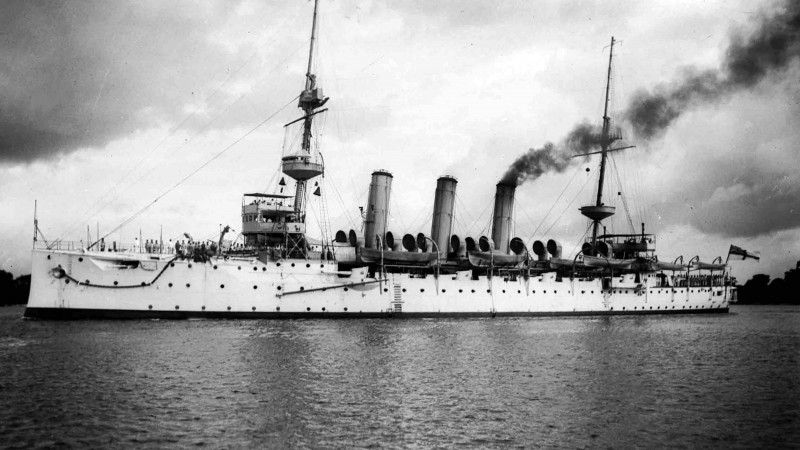 Two men took items worth thousands of pounds from a wrecked Royal Navy warship in the English Channel, a court has heard. John Blight, 58, and Nigel Ingram, 57, are accused of failing to declare artefacts taken from the First World War wreck HMS Hermes.

They are both on trial at Canterbury Crown Court charged with dishonestly failing to disclose items of a wreck to the Receiver of Wreck with intent to make a gain. Prosecutor Ian Hope told the jury on Monday that both defendants were involved in "commercial exploitation of shipwrecks" by selling historical artefacts, often as scrap.

The pair hauled "huge" pieces of wrecks from the seabed using winching equipment on Blight's boat, he added. They "deliberately and dishonestly" failed to declare them to the authorities, as they were legally obligated to do, Mr Hope said.

About 100 artefacts were seized by authorities from Ingram's home, including ships' bells, a torpedo hatch, launch panel, metal ingots and chinaware.

They were allegedly worth a total of about £80,000 and had not been reported to the authorities. Some £16,000 cash was found in a safe at Ingram's home, the court was told. Similar wreck items were also found at Blight's house, Mr Hope said.

A French scuba diver allegedly saw a piece of machinery which "had signs of being dismantled" on the HMS Hermes in September 2014. When he dived the wreck the following day the item was gone, the court was told.