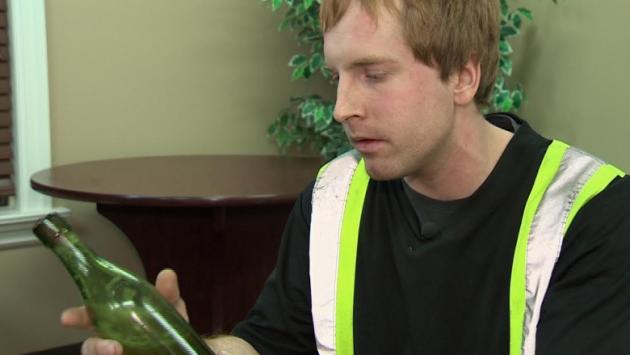 The Nova Scotia government hopes to analyze the beer bottle, which could be deemed a heritage object.

Crouse was scuba diving in Halifax this week when he discovered the beer bottle. It has markings that date it between 1872 and 1890, and a cork that indicates it was bottled by the Alexander Keith's brewery.

"I'd like to keep it for myself," Crouse said. But the finders keepers rule doesn't apply.

'A heritage object' "The Special Places Protection Act protects all archaeological sites, known and unknown, both on land in Nova Scotia and in the water," said Sean Wesley McKeane with the Department of Communities, Culture and Heritage.

"The province of Nova Scotia can seize a heritage object. But what we like is for people to recognize that these are important things, not just for a collector, but for all of the people of Nova Scotia."