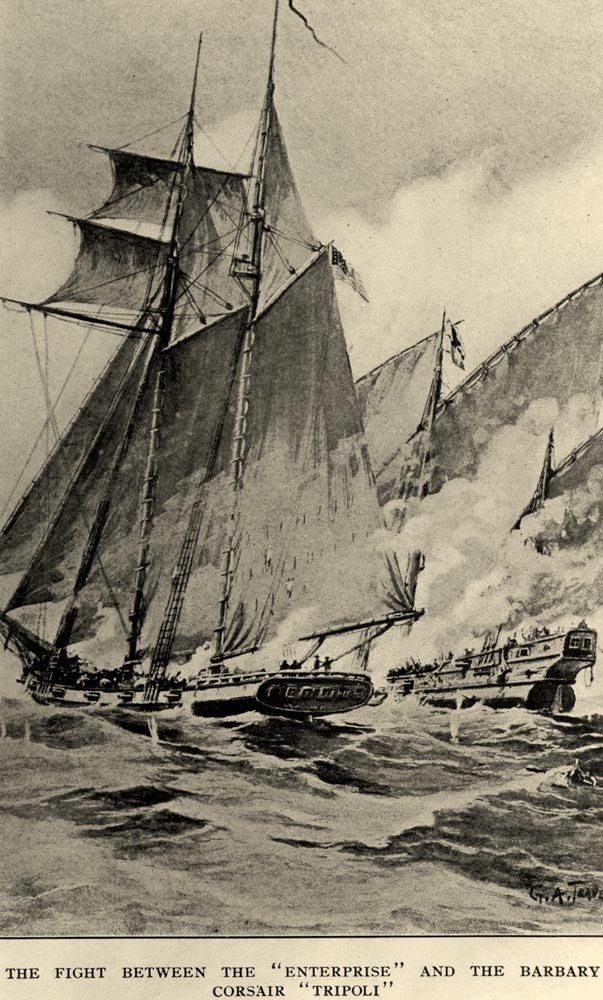 Exactly 210 years ago today, during the First Barbary War, the schooner Enterprise, commanded by Lieutenant Andrew Sterett, encountered the Barbary corsair Tripoli west of Malta and prepared for engagement.

Text extracted from Dudley Knox‘s “A History of the United States Navy,” page. 62. Sterrett reported that, “The carnage on onboard the Tripolitan was dreadful, she having twenty men killed and thirty wounded…

Her mizzen-mast went over the side…

We had not a man wounded and sustained no material damage in our hull or rigging.”