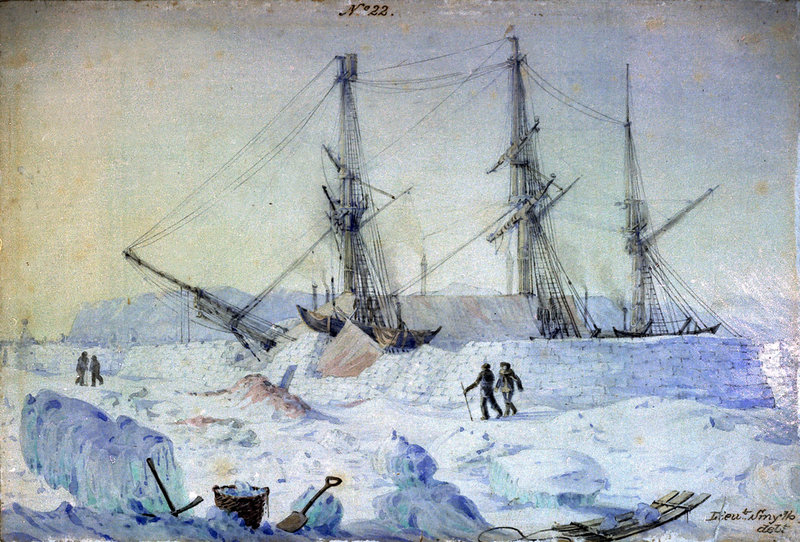 The long-sought shipwreck of the HMS Terror has reportedly been located, more than 160 years after it disappeared in the Canadian Arctic.

The discovery comes two years after the identification of Terror’s sister ship, the HMS Erebus. It’s hoped that the wrecks could illuminate the desperate end of Sir John Franklin’s mission to find the Northwest Passage in the 1840s.

All 129 crew members from the polar expedition for British Royal Navy died after the ships became stranded in ice. A team from the Arctic Research Foundation aboard the research vessel Martin Bergmann said they located the sunken ship last week in King William Island’s uncharted Terror Bay, according to The Guardian, which first reported the discovery.

Over the weekend, the researchers sent a robotic vehicle underwater to explore the ship. Video footage shows that the ship has been quite well preserved in frigid waters 80 feet below the surface—rope, an exhaust pipe, a mess-hall table, glass panes, wine bottles, the bell, and even the helm are intact. Adrian Schimnowski, the foundation’s operations director, claimed there were still plates on the shelves in the food storage room.

The research team believes the ship sank gently to the seafloor. Parks Canada, the government agency that has been leading efforts to search for and explore Terror and Erebus, said that it is working with its partners to validate the details of the discovery.

But the news was already being cheered by the community of shipwreck hunters and historians. “Seeing the images of HMS Terror—her bowsprit still set, her bell, her railings, all in pristine order—feels as profound a moment as when a camera first passed over the bow of the Titanic,” Russell Potter, author of Finding Franklin: The Untold Story of a 165-Year Search, said in a statement by the Royal Canadian Geographical Society.

“We’re witnesses to a discovery, the end result of a century and a half of searches, that will profoundly alter, augment—and doubtless complicate—our understanding of the final fate of the Franklin expedition,” Potter said.

The murky fate of the Franklin expedition has long captured the imagination of historians, amateur sleuths, and authors from Mark Twain to Margaret Atwood.