Diving for answers: what happened to 'Lusitania' ? 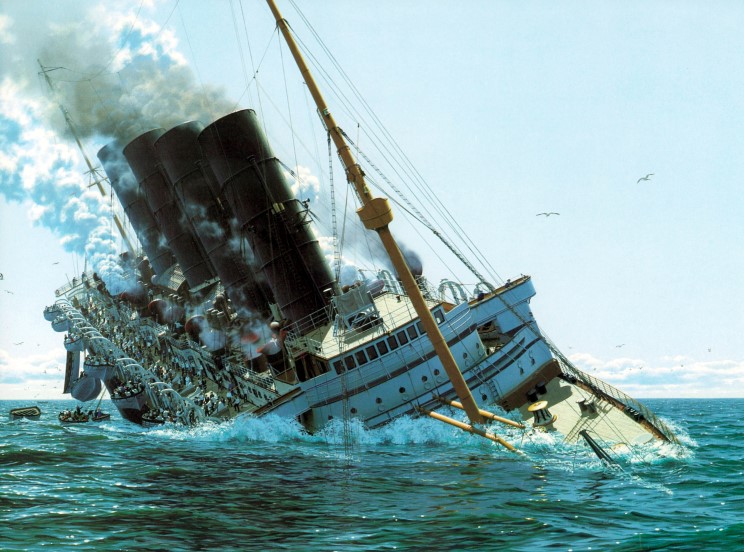 From Brian O'Connell - The Irish Times

This month an 83-year-old American will travel to Co Cork to supervise perhaps the last big expedition to the wreck of the Cunard Liner torpedoed in 1915. What is he looking for, and has he a chance of finding it ?

‘In a sense, Lusitania is a much bigger story than Titanic , and the links to the local area are more concrete,” says Gregg Bemis, the American millionaire who owns Lusitania .

For more than 40 years Bemis has dreamed of discovering what exactly was in the cargo hold of the Cunard liner. Munitions ? Priceless art ? Jewels ?

This summer he hopes to find out, as he leads possibly the largest and perhaps the final expedition to the famous shipwreck, which has lain off Co Cork since it was torpedoed during the first World War, leading to the deaths, according to a best estimate, of about 1,200 of the almost 2,000 passengers and crew who are believed to have been aboard.

Bemis has dived to the wreck of the Lusitania twice before, in 1993 and 2004. Critics have questioned his motives, claiming that he is intent only on finding valuables that may have been on the ship. The art collector Hugh Lane was aboard, and rumour has it that he had several lead-cased masterpieces with him.

Bemis says the chances of finding anything of value are very slim, and points out that although he can keep anything he retrieves that relates to the ship or its previous owners, he is not allowed to recover anything that belonged to passengers.

The real value of the expedition, according to Bemis, lies in trying to answer the controversial question of whether or not Lusitania was carrying munitions as well as passengers.

As a seafaring town that sent many young men to wars, Cobh had known its share of tragedy. But little had prepared the town for Friday, May 7th, 1915, when a German U-boat sank Lusitania 18km off the Old Head of Kinsale. Many fishermen set out from Cobh (then Queenstown) to help with the rescue effort, but about 770 of the passengers died, including almost 100 children.

The sight of bodies piled high in the morgue under Cobh’s town hall must have lived long in the collective consciousness. For years afterwards letters arrived from relatives of the victims, thanking locals for trying to save them or for helping to identify bodies.