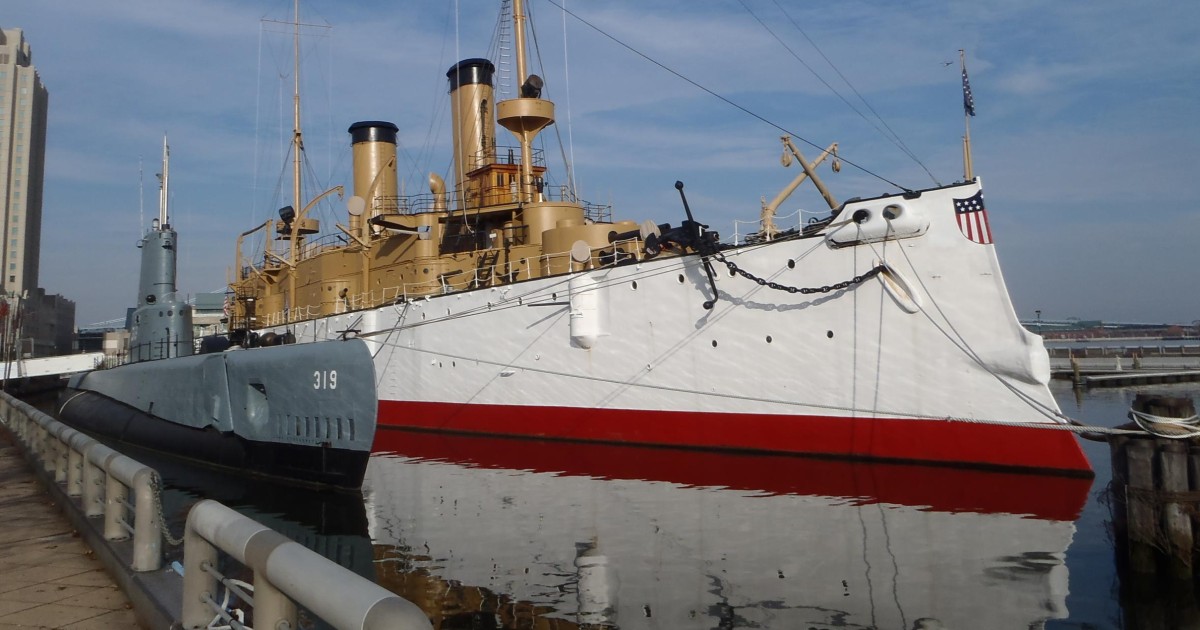 During the Spanish-American War, Navy Commodore George Dewey stood on the bridge of the ship and uttered the words that became famous: "You may fire when you are ready, Gridley."

The vessel's mighty guns fired the first shots of the Battle of Manila Bay on May 1, 1898, announcing the United States as an international power.

The USS Olympia was the Navy's state-of-the-art flagship, a source of pride for a country flexing its muscles.

More than a century later, this last surviving vessel of the Spanish-American War fleet and longtime Penn's Landing attraction is looking for a new home and benefactor with deep pockets.

Its owner, the Independence Seaport Museum, can no longer afford the upkeep and it told the Navy it "will relinquish its stewardship of this national naval treasure and its valuable artifact collections," said Peter McCausland, chairman of the museum's Board of Port Wardens.

The museum seeks an owner who can pay up to $30 million to tow, restore, interpret, and endow the bedraggled-looking vessel.

Small portions of the Olympia's half-inch steel hull along the water line have corroded to the point that only an eighth of an inch of thickness is left.

The hull must be continually monitored and is often patched, even as water leaks through parts of the deck into the interior, causing further rust.

"We don't like to see the ship go, but you don't want to sink the entire museum because of the cost of maintaining" the Olympia, said the Independence Seaport's interim president, James McLane. "The museum is very financially sound, but if you put a drag on it, that puts it at risk over the next several years."