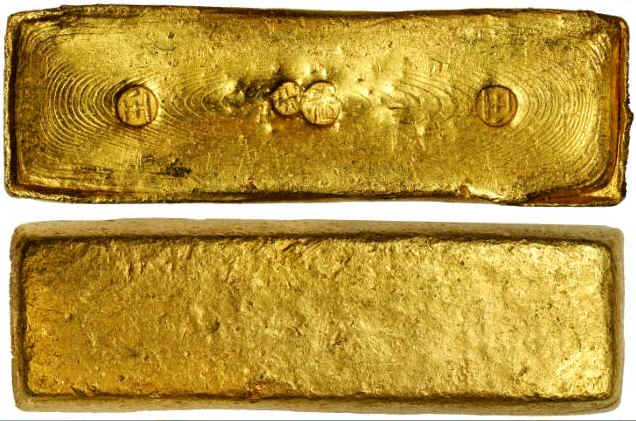 A gold sycee ingot from China's Qing dynasty will provide one of the star lots of Baldwin's 54th Hong Kong Coin Auction of Far Eastern and World Coins and Banknotes, to be held on April 4.

The 10-Taels bar weighs 365g and is in a winged rectangular shape.

It was originally part of the Christie's auction of the huge cache of porcelain and gold that was found in the wreck, which made more than $6.6m in the Netherlands shortly after its discovery.

In September 2012, Bonhams sold a gold ingot discovered among the wreckage of the SS Central America, better known as the Ship of Gold, for $146,000.