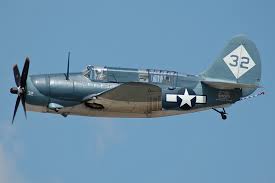 Salvagers have won permission to recover a World War II Navy dive bomber that has rested on the bottom of a San Diego reservoir for more than six decades.

City and state permits have been obtained for a $125,000 operation to bring up the SB2C-4 Helldiver from Lower Otay Reservoir, said Nelson Manville, a city assistant lakes manager.

The work could begin within a few weeks, with the goal of eventually displaying the plane in the National Naval Aviation Museum in Florida.

"We're just waiting for the recovery team and museum to give us a date," Manville told the San Diego Union-Tribune. "This is drinking water, so a lot is going into this because we're going to have to shut the lake down from the system."

Divers with Chicago-based salvage firm A&T Recovery examined the plane last year and will have to dredge silt from around the aircraft to see whether it can be recovered.

The Helldiver had taken off from an aircraft carrier and was on a training run when its engine failed and the pilot ditched on May 28, 1945. The pilot and gunner swam to shore, and the Navy decided to leave the bomber at the bottom of the lake.

It was forgotten until March 2009, when a bass fisherman using an electronic fish finder spotted its outline in 85 feet of water.

There are only a half-dozen or less Helldivers left in existence, retired Capt. Robert L. Rasmussen, the museum's director, told The Associated Press on Thursday.

"No matter how you cut it, they are very rare and we don't have one in our collection," he said. "We've got nearly everything else that's significant to Naval aviation."