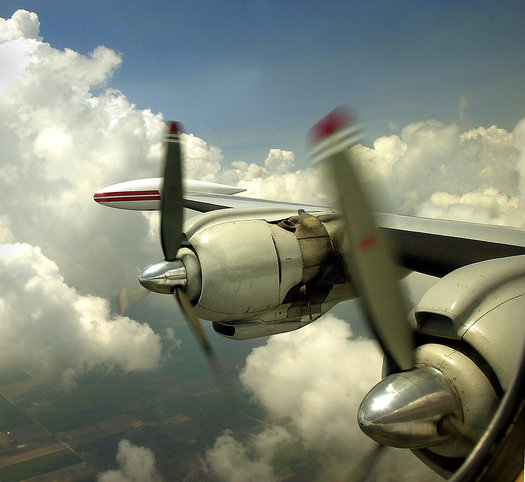 Like many men of his generation, Marshall native Charles Dobbins Sr. didn't talk much about his part in World War II.

But several years after his death, an archaeological find in Florida brought his son and namesake, Chuck, a reminder of the dangers his father faced defending the United States.

On Saturday, Florida archaeologist Kathy Couturier will visit Marshall to share the story of how she found the wreckage of a B-17 crash that Charles Dobbins Sr. survived in 1944.

Couturier will give a brief presentation at 9 a.m. at the Marshall Brooks Field Airport as part of the Historic Fly-in and Drive-in.

"It was a true history detective moment on the part of Kathy's institution and her archaeological dig," said Marshall resident Chuck Dobbins. "I got an email out of the blue that said 'Are you related to Charles Dobbins ?'"

The history investigation began about three years ago at the Avon Park Air Force Range in south-central Florida. Kathy Couturier took a job as the range's Cultural Resource Manager/Archaeologist.

Avon Park was once home to an Army Air Corps base, built in 1941. Young pilots such as Charles Dobbins Sr. were trained to fly combat planes there before heading overseas to war.
The base was open for just five years, and in that time, about 200 airplanes crashed occurred during training flights, Couturier said.

Her investigation into those crashes began not with the Dobbins B-17 plane, but with whispers about a B-26.

"We heard rumors of a B-26 crash site in the swamp," Couturier said. "I've been here almost three years. I heard the rumor and I just wouldn't give up until I found it."

Find it she did. The B-26 was resting in an alligator-infested swamp on the property, undisturbed for more than six decades. Her appetite whetted for war history, Couturier began pursuing tips that a B-17 was buried on the property.

That's when she discovered what she calls the Dobbins crash site.

World War II pilot Charles Dobbins Sr. was about 26 years old and married with his first child when he experienced what he later remembered as his biggest scare during the war - the day his plane crashed in a Florida swamp.

It was April 1944, and Dobbins was piloting a B-17 with 10 other crew members aboard. Nearly 70 years later, archaeologist Couturier read the official accident report.

"It took off at 3:30," Couturier said. "The co-pilot took off as the pilot (Dobbins) watched. The pilot took over. The number one engine oil pressure dropped at 200 feet."

The report stated that Dobbins attempted to restart the engine and tried to do an emergency landing on the runway.

"They attempted to land it on the runway, that didn't work, and they had to land it in the swamp," Chuck Dobbins said, recalling the story as his father told him years later.

"It was infested with alligators and snakes. He always told me that was the only thing, believe it or not, that he was scared of in the war - was the alligators."