Richest wreck in the World...?

The elusive wreck of the Portuguese carrack
Flor do Mar

From all the sunken treasures in the world, there is at least one which has been described as the ultimate prize for treasure hunters, the Holy Grail of shipwrecks and most legendary lost treasures:

Since her loss in early 1512 and until nowadays, no effort was spared to try to locate her remains and salvage the immense treasures she was said to be carrying. Speculations, assumptions, theories about her whereabouts has been the never ending subject of numerous salvage groups without giving a clue even almost 500 years later.

The Flor do Mar (Flower of the Sea) was a Portuguese ship of 400 tons, built in Lisbon in 1502. Her maiden voyage was under the command of Estavao de Gama (brother of Vasco de Gama). She was part of the second voyage to India by the Portuguese in 1505. On her return voyage, she was beached rounding the Cape and put into Mozambique for repairs.

Then, she was taken out of the Lisbon - Goa route and participated in the conquest of Ormuz in 1507. She was also part of the battle of Diu in 1509, the conquest of Goa in 1510 and the conquest of Malacca in 1511. She was finally lost in a violent storm off the northern tip of the coast of Sumatra on her return trip to Lisbon with Alfonso de Albuquerque on board and the spoils of Malacca.

One of the reports of her loss:

«…After the spoils, the Portuguese fleet set sail for Goa under the command of Alfonso de Albuquerque with 4 other ships and a junk. The weather was fine with a calm sea when suddenly; sailing during the night along the coast of Sumatra, the fleet was hit by a terrible typhoon with huge waves and thunder. Trying to find refuge on the coast, the old and glorious Capitan was shipwrecked on the beach. Her old and rotten body opened itself and the ship was cut in two pieces. Her back completely embedded in the sand was demolished by the waves.

On the deck, Albuquerque tried to protect the daughter of one of his slaves waiting for their death. In this terrible situation, the jolly boat of the closest ship, the Trinity, succeeded in saving the Admiral as well as several other Portuguese, 5 in total. But the ship was fatally lost with her rich cargo and more than 400 men… With the Flor do Mar was lost the treasure for the King, gold, jewels and precious stones. Amongst the personal effects of the Governor were two lions in brass and the famous magic bracelet of the Rajah of Sabandar…»


From an original report from Albuquerque translated into English (long letter):

«…The monies in gold, silver, copper and tin are coined in Melacca. Much of the tin money was lost in the Flor do Mar…»


Another report from a real (?) eyewitness:

He states that the Flor do Mar sunk in 4 fathoms of water (7 meters), the ship was said to have the highest of both fore and aft castles of Albuquerque’s fleet, comparable to those of the Chinese junks. In that case, it is most probable that the wreck was still visible at the surface and very accessible to the locals. According to this witness, 100 souls were left on board and logically; most of the precious cargo could be saved afterwards. He reports that everything that water could not spoil was recovered…


Stories about her spoils and her cargo of treasure:

«…Aboard these ships are the rich plunder of Malacca and young boys and girls and specially the most rich objects ever seen. The Governor intended to offer them to Dona Maria, the Queen, and to the King himself. She was carrying a four legs table on which the Queen of Malacca used to take her meals that was worth 80.000 Cruzados. Even the merchants of Malacca offered 300.000 Cruzados to get it only for its precious stones. She was also carrying four sitting lions made of gold with perfumes inside. They used to be in the chamber of the King of Malacca, their eyes, tongs, teeth and nails were made of precious stones and their estimated value was 200.000 Cruzados…» According to other reports, she carried more than 80 tons of intricately worked gold objects and countless chests of precious stones and pearls.

Several attempts to salvage her cargo reputedly one of the richest in the world have failed until now. Based on faulty statements, it is notorious that President Soeharto himself spent US$ 20 millions in an unsuccessful search.

Nevertheless, some treasure hunters have claimed in the press having found the wreck. The American Bob Marx announced that he found her in 1992 after 3 days of survey, 100 miles away from the original search area. But according to the story, word leaked out immediately and the project was halted.

Portugal, Malaysia and other countries whose treasures had been plundered some 500 years ago lodged claims to the wreck in the International Court at The Hague. As a matter of fact, ownership has yet to be established today.

In March 1992, the front page of Skin Diver Magazine announces "80 billion dollar treasure lost and found"… But no real and solid evidence for this fact !

Before Marx’s venture a previous attempt was done in 1989 and 1990 by a group of Australian and American treasure hunters along with the Indonesian businessman Tjetty and his company South East Asia Salvage (SEAS). Their search was based on clues that the ship was lost on a rock or reef on the coast of Sumatra, just opposite to the kingdom of Daru. Survivors had managed to reach the river Pacem and the ship’s final resting place was this rock or reef within a cannon shot from shore.

Two main survey points were established as Tamiang and Pasai with an approximate distance of 60 miles between them to make a complete survey.

In May 1989, surveys began and 3 month later, only several old anchors were found, a Chinese junk rudder and a WWII steel wreck, but no evidence of the wreck of Flor Do Mar.

In March 1990, the decision was made to abandon the area and move to Pasai were surveys begun around karang Timau with the help of an archaeologist who claimed to know the precise location of the wreck. 200 meters southwest of Tengah reef, a large magnetometer reading was registered, but dives on the spot revealed nothing of significance. Even the airlifting of the soil, making a large hole was disappointing. Surveys continued and the airlifting was abandoned. Finally, SEAS was dissolved in 1992.

From a more serious and simple analysis of the region, as well as information from archives, all the indication available are only approximate. In these early ages of discoveries by the Portuguese, accounts of any sorts are evidently inaccurate. The maps were rough and the poor shipwrecked sailors gave the account they could only afford about their misfortune.

Flor Do Mar was stranded on the beach and sunk in the muddy bottom. She was lost in a high current area and during a storm. The rough conditions of the sea most probably destroyed what was left of her. A portion of her cargo almost certainly spilled out onto the seabed too, the rest being salvaged certainly later by the locals.

Of course, nowadays the ship’s body has not survived and it is, in all probability, very difficult to locate gold dust, coins or precious stones in a zero visibility diving area, with a muddy bottom and high currents…

Flor Do Mar has been reported to be one of the richest shipwreck, if not THE one, still to be found anywhere in the world. By reading most of the stories written on her, one would convince itself that it is true ! Therefore, a common sense and a true analysis of the whole data can only encourage oneself to keep this story as a beautiful dream and not as a serious investment in shipwreck salvage…

But after all, who knows…? December 2008 - Rumors have been spread that another salvage team is preparing itself to locate and recover the long lost treasures of Malacca.

Another scam to get investor’s money whatever the results is or the Real project this time…? 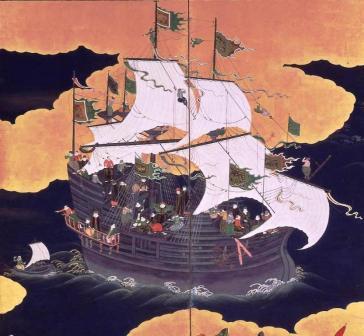 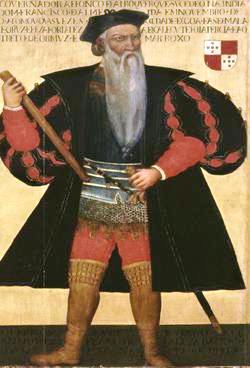