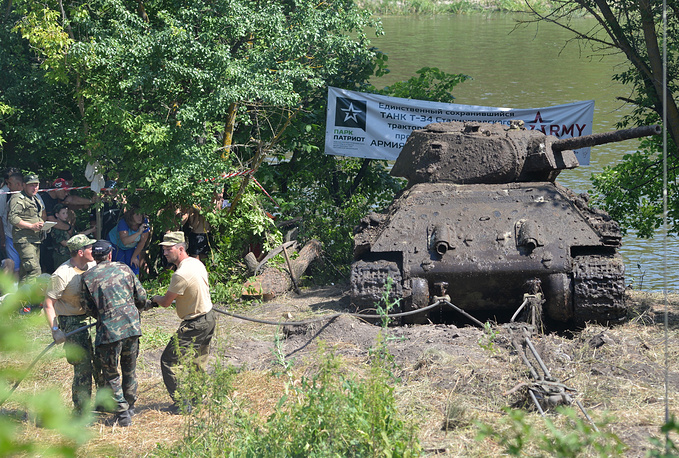 Russia’s Northern Fleet divers have raised a US Sherman WWII tank from the bottom of the Barents Sea during drills, acting Head of the Fleet’s press office Andrei Luzik said on Tuesday.

The Sherman tank is the second combat vehicle recovered from the US Arctic convoy ship Thomas Donaldson sunk by a German submarine during World War Two.

"In addition to the tank, a 102mm gun, an antiaircraft machine gun and a pair of locomotive wheels, as well as a number of small items like artillery shell casings and projectiles were brought to the surface," the officer said.

The Northern Fleet personnel are using two diving boats with operational pressure chambers and a team of medical specialists for descents to the sea bottom, the officer said.

Also, remotely operated vehicles are being used to survey objects under the water, he added.