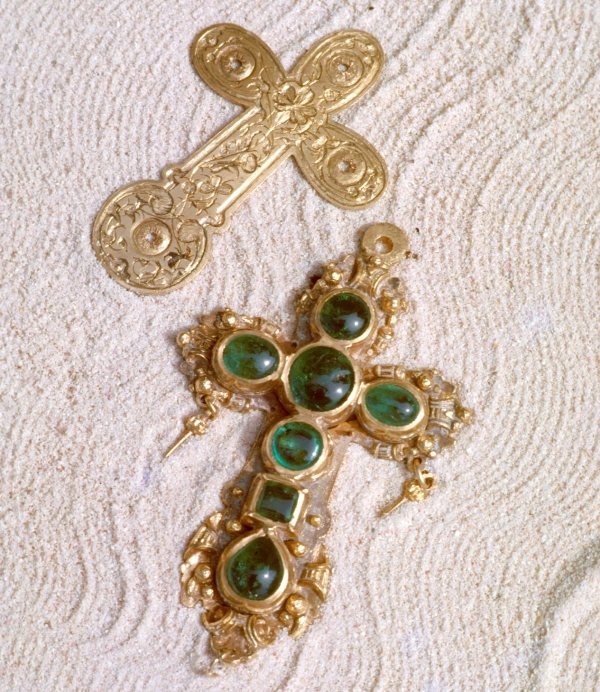 Author Peter Benchley – whose 1976 bestseller “The Deep” and the subsequent blockbuster movie adaptation were inspired by his friend’s maritime exploits – once said Teddy Tucker had brought Bermuda to the world and the world to Bermuda.

Mr. Tucker, now in his 80s, has been diving on shipwrecks locally and internationally since the late 1940s. In 1957, he and Mendel L. Peterson of the Smithsonian Institution, with other staff members from the Department of Armed Forces History, developed the grid system for surveying wreck sites.

For three years, Teddy Tucker taught marine archaeology with Mr. Peterson as a college accredited course for the University of Maryland.

In the past Mr. Tucker has owned, supplied and successfully operated a maritime museum in Hamilton and has acted as a consultant and an advisor of methods used in studying and identifying shipwrecks.

In 1983, Mr. Tucker worked with the French and in 1987 and 1989 with the Soviets. He and his family were guests of the former Soviet Union at a Marine Symposium in 1990. In 1990 the Soviet ship RV “Akademik Mystav Keldysh” came to Bermuda at Mr. Tucker’s suggestion to test the equipment before going to the “Titanic” wreck site to make the IMAX film “Titanica.”

“Twice in five years I dived on the wreck, more out of curiosity than thoughts of gain,” he has said about his most famous discovery — the single most valuable piece of treasure ever recovered from the sea.

“One day in the summer of 1955, with nothing better to do, I went down for another look, within minutes I uncovered a small, five-sided piece of gold.