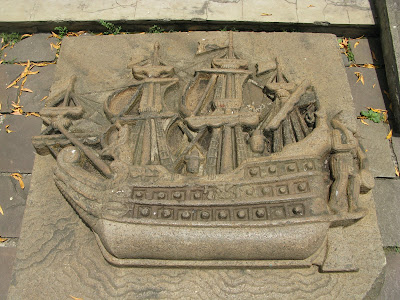 The state Museum Authority has been ordered to get more evidence on reports that hundreds of underwater artefacts from dozens of shipwrecks off the Tanjung Tuan coast here have been stolen by relic hunters.

Chief Minister Datuk Seri Mohd Ali Rustam said the evidence was crucial for the state government to file a police report on the alleged theft of these submerged treasures.

“I will ask the relevant authorities to conduct a probe in a bid to get more proof for the police and also to execute legal action against the culprits.

“There were reports that irresponsible individuals had gone underwater to take away the national treasures that are worth billions.

“But information on such thefts remains vague due to lack of eye-witnesses,” he said after flagging off participants of the Perodua Eco-Challenge 2011 at the Melaka International Motorsport Circuit in Ayer Keroh here yesterday.

A special night vision camera will be mounted at the top of the lighthouse in Tanjung Tuan to prevent more of these relics from being stolen, said Mohd Ali.

There were claims by maritime industry players that hundreds of these undersea artefacts had been looted since the late 1990s.

One mariner, who only wanted to be identified as Toh, said treasures such as Chinese blue and white porcelain, brassware and coins were stolen from the shipwrecks.

Last month, the state government announced a billion-ringgit offer to salvage companies to retrieve treasures from sunken ships along the Malacca coastline.

There were no takers and Toh believed the lukewarm response was due to the fact that not many priceless artefacts were left.

At least 13 merchant and war vessels are known to have sunk in the Malacca sea on the Spice Route more than 500 years ago.