The execution of two pirates from Aberdeen is to be re-visited during September's Scottish Archaeology Month. Robert Laird and John Jackson were among the Granite City's lesser known sea robbers.

Their story will be explored during an event called Tales from the Tolbooth, which will include a re-enactment.

More famous Aberdonian pirates include Provost Robert Davidson who fought Highland forces at the Battle of Harlaw, near Inverurie, in the 1400s.

Chris Croly, of Aberdeen City Council archaeology unit, said the pirates went to the gallows for a raid on a ship at anchor at Burntisland, Fife. 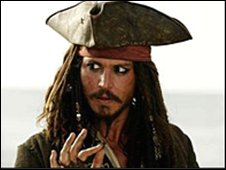